To Spay or Not to Spay

In the William Shakespeare play, Hamlet, he used the phrase “To be, or not to be, that is the question.” However, when it comes to spaying or neutering your dog or cat, there should be no question! All dogs and cats except those that are part of a licensed professional breeding establishment, show or sporting competition, service dogs such as guide dogs for the blind or other physical disabilities, police or military dogs, or those animals who have anatomical or health circumstances as observed by a veterinarian should be spayed or neutered at the appropriate age for that animal. Every year, millions of unwanted dogs and cats, including puppies and kittens, are euthanized. By accepting the role of a responsible pet owner, you can make a difference. By having your dog or cat spayed or neutered, you will do your part to prevent the birth of unwanted puppies and kittens. Spaying and neutering prevent unwanted litters, help protect against several serious health issues, and may reduce much of the behavioral problems that are associated with the mating instinct of most pets. It is just good practice to do so, and responsible pet owners should be a part of the solution rather than part of the problem.

Removing a female dog or cat’s ovaries eliminates heat cycles and generally reduces the unwanted behaviors that may lead to owner frustrations. Removing testes from male dogs and cats reduces the breeding instinct, making them less inclined to roam and more content to stay at home. Early spaying of female dogs and cats can help protect them from serious health problems later in life such as uterine infections and breast cancer. Neutering your male pet can also lessen the risk of developing an enlarged prostate gland, thus partially blocking the urinary tract, or testicular cancer. The procedure has no effect on a pet’s intelligence or ability to learn, play, work or hunt. Some pets tend to be better behaved following surgical removal of their ovaries or testes, making them more desirable companions. One of the primary benefits of neutering male dogs and cats is to lessen their natural desire to roam the neighborhoods in search of a mate. During my years of clinical practice, I treated many male dogs and cats who had escaped the safe confides of their home and were hit by a car or other vehicle, shot by a disgruntled neighbor, poisoned by substances found in garbage cans or contracted transmissible infections from stray or unvaccinated animals.

There are many options available for neutering a female dog or cat. Talk to your veterinarian for the best option for your pet. The most common surgical procedure for female pets is an ovariohysterectomy or “spay”. Note that the word is “spay”, not spaded or other like-sounding words. This procedure surgically removes the ovaries, fallopian tubes and the uterus. This makes her unable to reproduce and eliminates her heat cycle and breeding instinct-related behavior. No more messes to clean up in the house and no more male stray dogs hanging out in your yard looking for a female in heat. Likewise, in cats, spaying removes much of the heat cycle mannerisms of meowing incessantly, rubbing on the carpets, and trying to escape into the outside to find a mate. Ovariohysterectomies or “spaying” a female pet is the usual surgery of choice. Other options for female pets include a hysterectomy where the uterus and part of the fallopian tubes are removed. This makes the female dog or cat unable to reproduce, but her ovaries remain and will produce hormones. This may not eliminate the dog or cat’s behaviors associated with the breeding instinct. An ovariectomy can be another option for preventing pregnancy in female dogs and cats. In this procedure, the ovaries only are removed leaving the uterus in place. This makes her unable to reproduce and eliminates her heat cycle and breeding instinct-related behavior; however, it can cause health problems such as a uterine infection.

As well, there are options for castrating or neutering male dogs and cats. The most commonly performed procedure is castration whereby the testicles are surgically removed in total. This makes him unable to reproduce and reduces or eliminates male breeding behaviors, such as running away from home in search of a female in heat, or aggressively challenging other pets that may be on a leash and out for a walk with their family member. The term neuter is reserved for any procedure that renders an animal unable to reproduce, male or female. However, the term is most frequently used with castration of the male dog or cat. It is possible to perform a vasectomy on male dogs and cats; however, it is not usually recommended. In this procedure, the vas deferens, which delivers sperm from the testes, are removed. This procedure makes the dog or cat unable to reproduce, but his testicles remain in place and will produce hormones. This may not eliminate the dog or cat’s behavior associated with the breeding instinct. There is an approved product on the market used to neuter male dogs and cats that is injected into the testicles to stop sperm production and render the dog or cat infertile. Because not all of the hormone-producing cells of the testes are affected by the drug, the testes will continue to produce some hormones. These hormones may cause the dog or cat to maintain some breeding instinct-related behaviors. 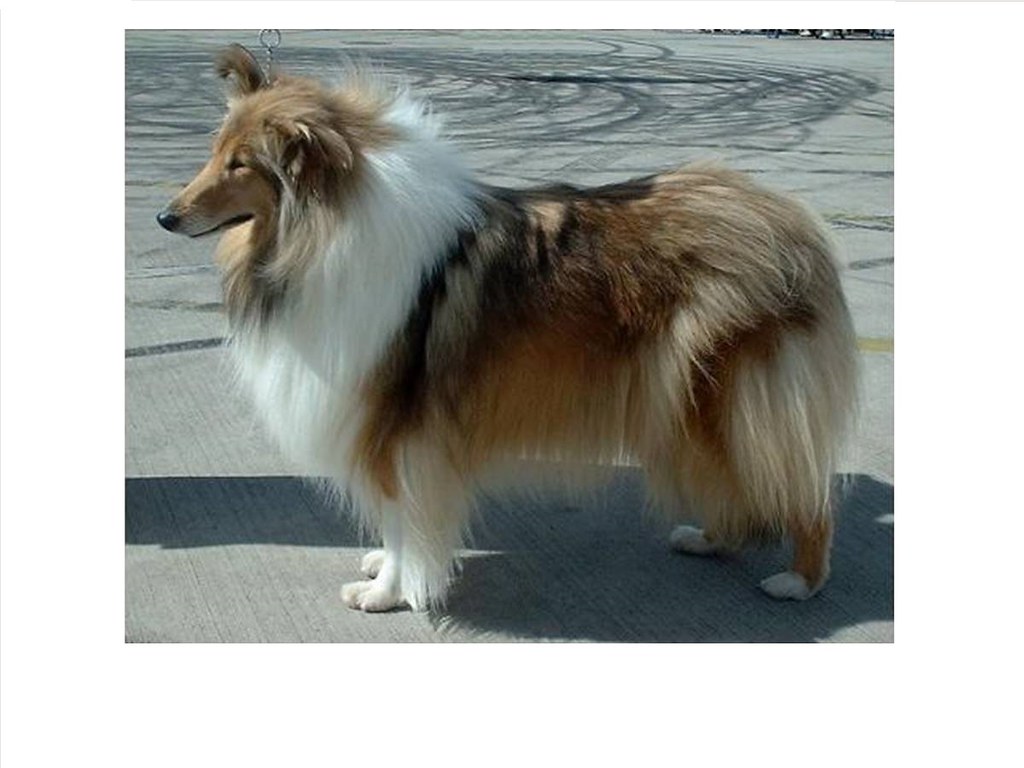 Are there risks involved with spay/neuter of your pet? To be honest, there are some minimal risks; however, the benefit far outweighs the risk in most cases. Although reproductive hormones cause mating behaviors that may be undesirable for many pet owners, these hormones also affect your pet’s overall health and can be beneficial. Removing your pet’s ovaries or testes removes these hormones and can result in increased risk of health problems such as urinary incontinence and some types of cancer. Talk to your veterinarian about the benefits and risks of the sterilization procedure so you can make an informed decision. While both spaying and neutering are major surgical procedures, they are also the most common and frequent surgeries performed by veterinarians on cats and dogs. Like any surgical procedure, sterilization is associated with some anesthetic and surgical risk, but the overall incidence of complications is very low. Before the procedure, your pet is given a thorough physical examination to ensure that he or she is in good health. General anesthesia is administered to perform the surgery and medications are given to minimize pain. You will be asked to keep your pet calm and quiet for a few days after surgery as the incision begins to heal.

When is the best time to neuter my dog or cat? Recommendations for the age to neuter cats have been arbitrary and inconsistent in the past. Therefore, a task force of veterinary experts from all walks of feline veterinary medicine was commissioned to arrive at a most agreeable time for this surgery in cats. The Veterinary Task Force on Feline Sterilization was formed and found key findings from which proposals came forth after currently available scientific literature review and group discussion, the following recommendations for feline sterilization came forth. They found that current scientific evidence documents benefit of spaying kittens before the first estrous cycle. These benefits include decreased risk for mammary tumors, reduction of uterine infections, avoidance of unwanted pregnancies that may occur as early as 4 months of age, and decrease of hormone related behavior related problems that link the cat with relinquishment to animal shelters and adoption centers. The Veterinary Task Force on Feline Sterilization calls for sterilization of cats by 5 months of age. This procedure should be scheduled at the end of the vaccination series.

The recommendations for the optimal age to sterilize cats may differ from the age to sterilize dogs. For canine patients, due to the varied incidence and severity of disease processes, there is no single recommendation that would be appropriate for all dogs. Developing recommendations for and informed case-by-case assessment requires an evaluation of the risks and benefits of spay/neuter, including its potential effects on neoplasia, orthopedic disease, reproductive disease, behavior, longevity, and population management. However, many factors other than neuter status play and important role in these outcomes, including breed, sex, genetics, size, lifestyle, and body condition. Spaying and neutering provides the societal benefit of reducing overpopulation, and is often performed on young, adoptable animals in shelters and humane organizations prior to the animals being placed in new homes. Veterinarians must use their professional judgment to determine the optimal time for sterilization of individual dogs.

Although some states have proposed mandatory spay/neuter laws, there are currently no state laws requiring all pet owners to sterilize their animals. Several states require spay/neuter procedures to be done if the animal is not licensed for use for breeding or some other use mentioned earlier in this article. I am not in favor of mandatory spay/neuter laws. Those laws are directed primarily by the municipal government body who is responsible for animal control as a means of limiting the number of animals they must gather up and place in their government operated shelter operations. Animal control is a function of the government and should remain that way. However, responsible pet ownership can help to mitigate those expenses and operations if the pet owners act responsibly and spay or neuter their pets.

Every year, millions of unwanted dogs and cats, including puppies and kittens, are needlessly euthanized. The good news is that every pet owner can help make a difference. By having your dog or cat surgically sterilized so it cannot reproduce, you will do your part to prevent the birth of unwanted puppies and kittens and can enhance your pet’s health and quality of life. And if the family pet is healthy and has a good quality of life, the family is happy as well. Just do it!